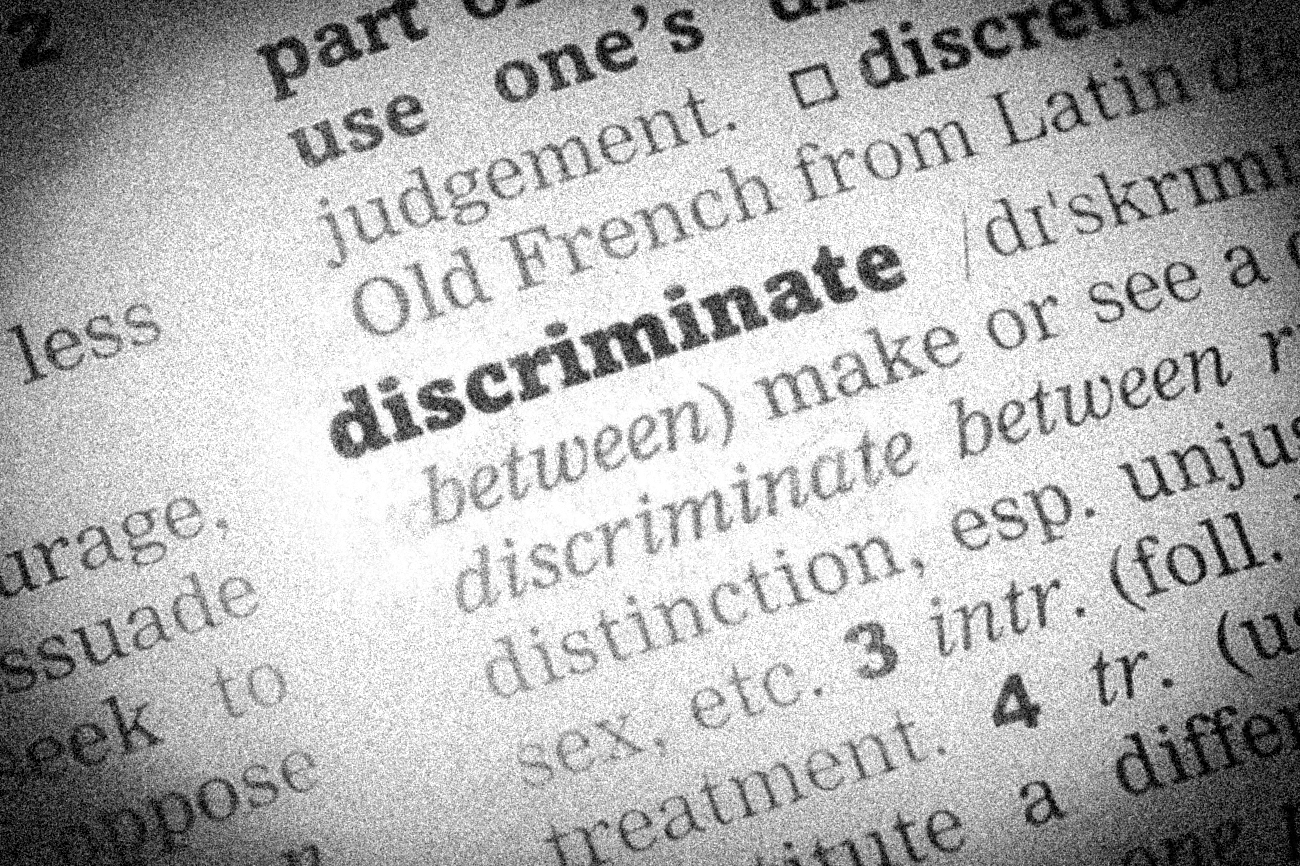 As many reading this will already know, dependence on and withdrawal from antidepressant drugs has been a topic of lively debate and discussion in the UK in recent months. As previously reported on Mad in America, the UK Royal College of Psychiatrists has insisted on sticking to its public claim that ‘for the vast majority of people, any unpleasant symptoms experienced upon discontinuing antidepressants resolves within two weeks’. This ‘vast majority’ claim has been directly challenged by work undertaken by Professor John Read and Doctor James Davies, whose recent paper in the journal Addictive Behaviors illustrated clearly that when you combine real experiences and study data, a picture emerges which leaves little doubt that lengthy and difficult withdrawal experiences are far more common than psychiatry is prepared to admit. This paper has been the subject of a good deal of back and forth between the authors and psychiatrists Doctor Joseph Hayes and Doctor Sameer Jauhar. This back and forth is brilliantly captured in this recent piece for Mad in America by Doctor Michael Hengartner.

The withdrawal debate has been reignited recently, partly by the appearance of a scientific paper in The Lancet Psychiatry and an accompanying piece in the New York Times. Peter Simons has written an in-depth review of the paper for Mad in America, which can be found here. This paper is interesting for several reasons. Firstly, it firmly challenges the assumption made by many in medicine that antidepressant withdrawal is a transient, short-lived, minor annoyance for the majority of people coming off the drugs. It also seeks to challenge conventional wisdom as to the length of tapering required. For myself and those I have spoken with for the Let’s Talk Withdrawal podcast, it is a common experience for doctors to react with incredulity at the thought of reducing the drugs over longer than a couple of weeks to a month. The paper in the Lancet Psychiatry talks in terms of months and years and backs this up by relating the time taken to withdraw with serotonin transporter occupancy. Remarkably, there is a great deal of congruence between approaches described in the paper and the methods adopted and refined over many years by members of the lay-community (typically 10% reduction of the previous dose per month, but with huge variation in approach). The Lancet Paper talks in terms of needing to get down to something like 1/40th of the starting dosage. For someone starting at a 20mg tablet, this would mean a slow and steady non-linear reduction to around 0.5mg. This 0.5mg also happens to be the lowest point at which the Dutch Tapering Strips can reach. As some know, even this may sound like a large final step for those who struggle and are forced to make up a solution using a known volume of water and then take a sample of that to achieve minuscule dosage reductions. But to have scientific evidence that proposes reasons why such small reductions might be necessary is a welcome and valuable step forward. The Lancet paper makes reference to learning from online communities and it is pleasing to see science confirm what communities such as Surviving Antidepressants and The Inner Compass have been advocating for some considerable time.

The paper also tackles the issue that those of us who have experienced withdrawal know painfully well; that the latter stages for some (but not all) can be extremely challenging. In the paper, this is referred to as ‘stop slow as you go low’. This again seems to surprise some doctors who appear to be stuck in the mentality that the amount of the drug in the system is the focus. As we have come to believe, it is more likely to be the adaptations that our brains have made in response to the drug that are responsible for withdrawal effects. The overly simplistic model adopted by some doctors seems at odds with what we know about long term alcohol or nicotine exposure. The chemical agent itself might be long gone from the body, but the damage wrought over time continues to make itself felt for a considerable time after exposure has ended.

For me personally, the most interesting aspect of the paper is that both authors have reported their own experience of withdrawal effects. In a New York Times piece that was released just before the study became available, journalist Ben Carey notes that “Dr. Horowitz said he had severe withdrawal symptoms after tapering down after 15 years on antidepressants. Dr. Taylor had previously written about his own struggles trying to taper off.” The currently available literature on withdrawal experiences is extremely limited and that which can be found is often written in a disassociated way. This new paper in many ways is a breath of fresh air as it presents the evidence but clearly written by someone who has something of a personal stake in understanding and seeking to provide answers.

It isn’t that withdrawal experiences reported by medical professionals or researchers are any more, or less important than those experienced by non-medical folk, it is merely that they are likely to carry more weight with the establishment. It is a sad but undeniable fact that appealing to the establishment is a necessary step in the process of gaining recognition and acceptance and this is true in so many areas of life. Individual accounts can be and often are dismissed as ‘anecdotal’ and ‘not sufficient for the evidence base’ whereas papers such as this and that by James Davies and John Read are not so easy to casually dismiss. The paper itself is marked as a ‘personal opinion’ by the lead author, Doctor Mark Horowitz, but one feels this serves as a personal ‘conflict of interest’ statement given the author’s lived experience of withdrawal. I understand why this might be necessary, but the paper is as complete a work of science as any I have seen that do not bear the epithet ‘personal opinion’.

In England alone, we prescribed 67.5 million antidepressants in 2017. Estimates of the number of people that figure represents vary and are difficult to be precise about, but we can safely say that somewhere in the region of 5 to 7 million people are taking the drugs daily. Of those, the Guardian recently reported that around 4 million are long term users. Given the large number of people taking the drugs, there must be a sizeable proportion taking them who are involved in the medical profession in some way. Hopefully more willingness to come forward and share difficult experiences with antidepressant drugs, whatever someone’s background or circumstances, will lead to more debate, more discussion and, eventually, acceptance of the potential for harm. We have been waiting for many years for this and no doubt we will be waiting many more.

This debate also comes at a time when there is considerable interest in the guidelines that doctors use to advise patients who wish to stop their psychotropic drugs. A General Practitioner, pressed for time and with limited opportunity to intervene, will look to the guidance produced by the National Institute for Health and Care Excellence (NICE). I believe that the guidance as it is currently written risks leading people into great suffering as it states the following:

Advise people that discontinuation symptoms may occur on stopping, missing doses or, occasionally, reducing the dose of the drug. Explain that these are usually mild and self-limiting over about 1 week, but can be severe, particularly if the drug is stopped abruptly.

Advise the person to see their practitioner if they experience significant discontinuation symptoms. If symptoms occur:
• monitor them and reassure the person if symptoms are mild
• consider reintroducing the original antidepressant at the dose that was effective (or another antidepressant with a longer half-life from the same class) if symptoms are severe, and reduce the dose gradually while monitoring symptoms.

The Lancet paper challenges much of this guidance, including the statement that withdrawal is not necessary for those taking Fluoxetine (Prozac). What is more, if you try to dig to find the evidence upon which the above guidance is based, you come up empty-handed. Mark Horowitz and David Taylor’s Lancet paper and the work undertaken by John Read and James Davies, when taken together provide a radically different view of withdrawal than that which doctors in the UK are giving to their patients. We are some way into a review process led by Public Health England, and those of us who campaign on these issues very much hope that these papers provide the evidence necessary for a dramatic rethink where withdrawal guidelines are concerned. As noted in the Lancet Paper, starting or stopping an antidepressant is an inherently risky thing to do, and it is high time that the risks were acknowledged and people given all of the information they need to balance risk versus benefit.

So we can clearly see that withdrawal does not discriminate. It can affect you if you had a positive experience with antidepressant drugs, equally it can affect you if you suffered adverse effects from the very first pill. It affects those from all walks of life (although given that prescribing tends to increase in areas of deprivation, the poorest in society are most likely hit hardest). This fact helps to address the ‘us and them’ culture that predominates in discussions with the Royal College of Psychiatrists and their tendency to dismiss anecdotal experience as somehow unrepresentative of reality. The lived experience community has expertise to bring to bear and finally, we are making ourselves heard above the academic back-slapping and platitudes given so often in response to any perceived criticism of antidepressant drugs.

At first appearance, it might be assumed that this discussion and intense debate is recent, but this would be incorrect. A large number of campaigners and activists, researchers and doctors, journalists and reporters have been banging the drum on this for at least the last decade. The advent of social media has perhaps made the results of those challenges more publicly visible, but the groundwork was done by people who put the cause before their own health, well-being and personal gain. I would like to salute all those involved in campaigning and supporting this issue over the years. We are not there yet, but progress is being made.

1 thought on “Withdrawal Does Not Discriminate”