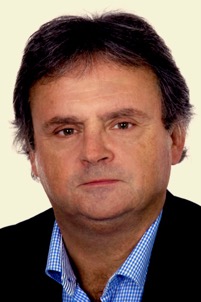 This week, we interview Dr. Terry Lynch who is a GP, psychotherapist, author and mental health educator. Ten years into his career as a GP, he became very concerned about the medical approach to emotional and mental suffering and was not prepared to remain silent. In 2001 he released the book Beyond Prozac: Healing Mental Distress, a best-seller in Ireland in 2001 and shortlisted for the MIND (UK) 2002 Book of the Year Award. Terry has worked tirelessly to expose the myth of the chemical imbalance and other psychiatric falsehoods. In 2015, he released The Depression Delusion: The Myth of the Brain Chemical Imbalance. Dr. Lynch spoke to me and helped me understand why modern psychiatry has pursued a purely medical approach to distress with terrible consequences.

What is Bipolar Disorder?

The Depression Delusion, Volume One: The myth of the brain chemical imbalance

SELFHOOD: A Key to the Recovery of Emotional Wellbeing, Mental Health and the Prevention of Mental Health Problems or A Psychology Self Help Book for Effective Living and Handling Stress