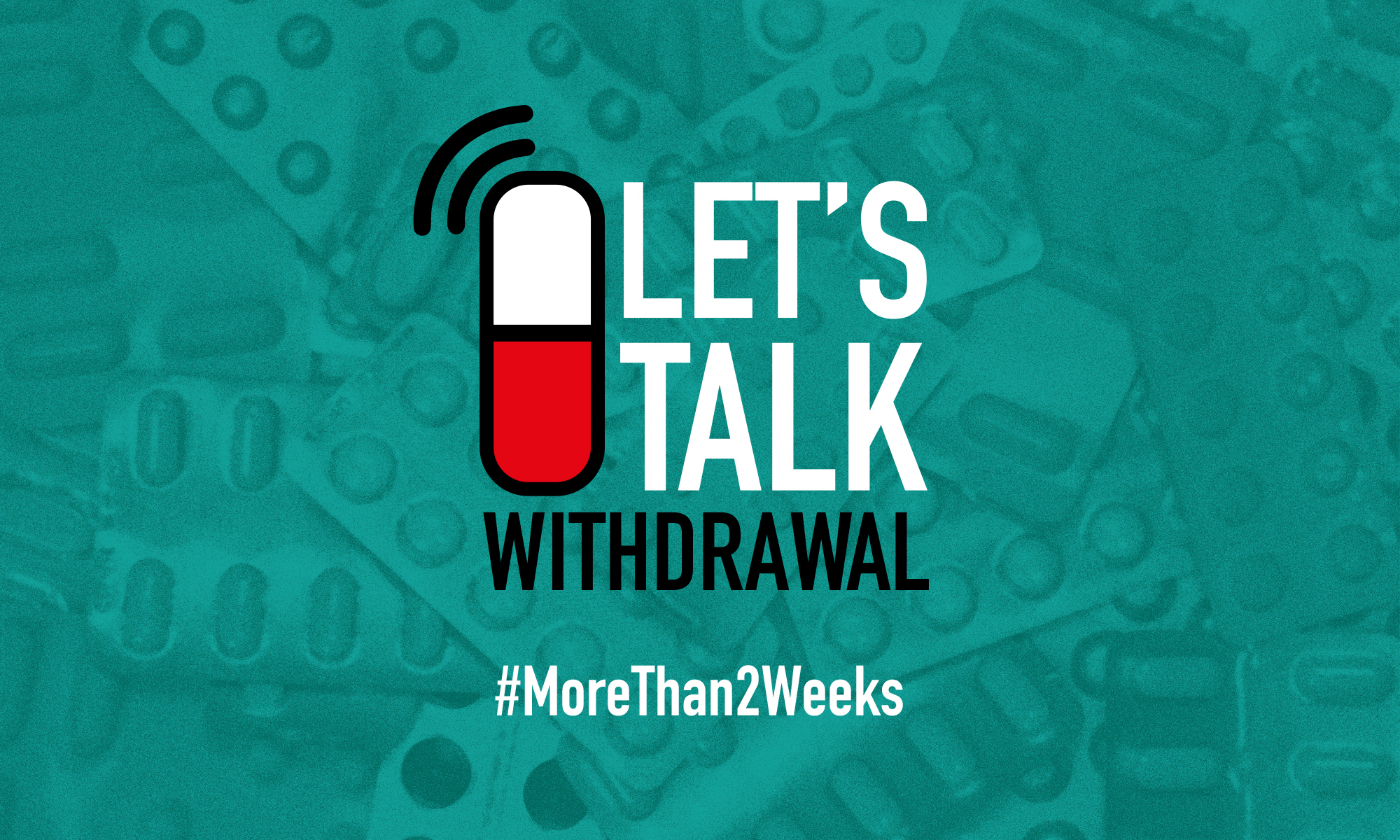 A personal response to a recent Mental Elf blog, written Doctor Sameer Jauhar and Doctor Joseph Hayes, entitled: ‘Antidepressant withdrawal: reviewing the paper behind the headlines’ which criticised the results of a ground-breaking systematic review of the incidence, severity and duration of antidepressant withdrawal effects, undertaken by Doctor James Davies and Professor John Read.

I write today as someone in the midst of a punishing and lengthy withdrawal from an antidepressant drug. I also write as someone who had no chance to understand that this gruelling and life-changing experience was ahead of me because my prescriber did not give me the information I needed to make the best decisions for my future health and wellbeing.

When I became aware that academics were taking an interest in this issue and were prepared to undertake work to quantify the size of the problem, I was pleased and relieved. Finally, after decades of being ignored, the issues that so many of us struggle with each day were being investigated from an academic viewpoint.

I followed publication of the review undertaken by Doctor James Davies and Professor John Read in the journal Addictive Behaviors1 and I also took note of the critical response written in a recent Mental Elf blog2 by Doctor Sameer Jauhar and Doctor Joseph Hayes. The critical commentary on the review constituted a long list of purported methodological concerns written in a rather condescending tone, seemingly designed to leave the reader with doubts about the findings of the review. The main thrust of the criticism seemed to be “we don’t know what the number experiencing withdrawal is, but we do know that the number in your survey is incorrect”. This is misdirection in the extreme. To criticise a review without providing any evidence that advances the discussion feels like a thinly veiled attempt to keep a lid on a problem that psychiatry would rather ‘went away’. This dismissal harms patients, delays them getting help and prevents progress and understanding for both doctors and patients alike.

It is simple arrogance to dismiss the experiences of those that struggle with the drugs while attempting to discredit work that elucidates the problem, and to do so in clearly dishonest ways (as Davies and Read’s rebuttal aptly illustrates). Many problems in medicine have been tackled long before insisting that we need a ‘ten-decimal-place’ precision understanding of the issue before we will react. This unjustified and distracting pedantry almost feels designed to pull attention away from the size and importance of the issue at hand.

I feel that it is unforgivable that psychiatry does not have a handle on the scale of this problem. In England, we prescribed 67.5 million antidepressants in 2017.3  To not have understood what proportion of those prescribed the drugs will struggle coming off them is a significant and alarming gap in the evidence base. Psychiatry does not seem to understand the issue and seems unwilling to engage in any work to investigate or clarify the issue. It is therefore difficult for someone in my position, who has been told repeatedly that what I am experiencing ‘is not possible’ to view this reticence as anything else but an orchestrated, purposeful denial. This denial is not only failing patients, but it is also failing all the GPs who have to respond to people visiting their local surgeries complaining of symptoms consistent with dependence and withdrawal. Psychiatry should be guiding GPs and other mental health professionals not denying the problem. 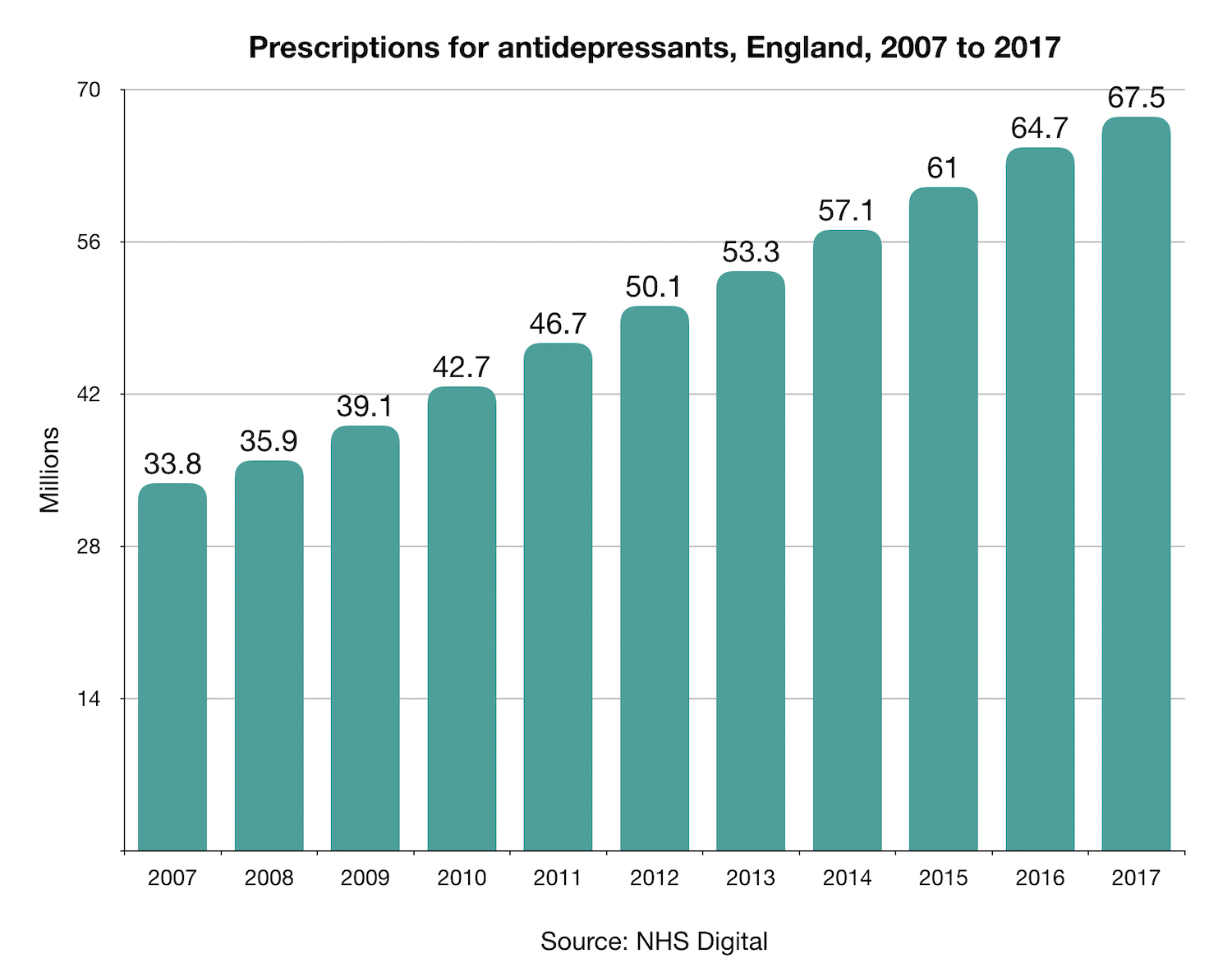 Anecdotal though it may be, a cursory look at Facebook and online support groups for SSRI withdrawal4,5,6 tells us that something huge is going on here that psychiatry remains disconnected from. The long-standing website Surviving Antidepressants, for example, receives around 150,000 visits per month7. For psychiatry to deny the problem is a failure in their duty of care and a slap in the face of those who experience dependence and withdrawal. The fact that Professor Read and Doctor Davies’ review included several large self-report surveys seemingly disturbed Doctors Hayes and Jauhar but gave me the confidence that people had been able to express the reality of living with antidepressant drugs day to day and the freedom to define their experiences free from the artificial, sanitised conditions of randomised controlled trials.

It pains me greatly that the personal experience of many thousands of people is dismissed as ‘anecdotal’ and therefore not fit to be part of the evidence base. Arguably, anecdotal experience is often far less compromised than supposedly sterile controlled trials. The motivation for people reporting withdrawal experiences is to seek help, support and understanding, not, like so many ‘researchers’, to sell drugs by demonstrating the superiority of the drug produced by the company funding the study. It is time we had a more mature debate about the limitations of our evidence base and the richness that could be added by bringing lived experience in from the cold.

It is also well past time that psychiatry grasped the nettle, stopped the denial and valued the experiences of the millions of us, worldwide, who have had a less than helpful encounter with antidepressant drugs and are finding it very hard to get off them. The denial of antidepressant withdrawal that we are witnessing is rather reminiscent of the denial of benzodiazepine dependence of the 2000s8. Let us hope that it doesn’t take another twenty years to accept the same problems with antidepressant drugs. Having accepted the problem, we must then urgently address support and solutions. Hopefully, the Public Health England review9 will be the appropriate mechanism to deliver that support.